Have you planned a visit to London in the last week of August? This year the famous Notting Hill Carnival will take place on the bank holiday weekend in August (25-27).

The event began as a celebration of Caribbean Culture in London. It was an offshoot of the popular Trinidad Festival in the West Indies. With a large number of people from the Caribbean migrating to London, the festival began in the city in 1966.

In its first appearance around 500 people participated in the event. Since then it has grown in popularity and now billed as the biggest street festival on the European Continent! Hundreds of thousands of visitors and tourists arrive in London to see and be part of the event.

There are more than 50,000 performers expected in the event this year with in excess of 30 sound systems. A spectacular extravaganza, over a million people will be part of 2018 Notting Hill Carnival. 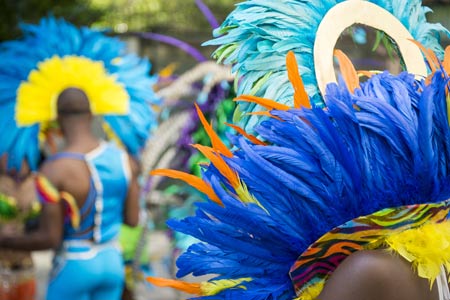