If you are in London in August and looking for the best in entertainment, hop along to the Underbelly Festival at the Southbank area. With great food, plenty to drink and the best of live performances, you are in for a swell time at the festival.

The festival came about when London Underground and the Udderbelly Festival organizers decided to host a combined event last year, renamed the Underbelly Festival. This year in its 10th season, the event stretches all through summer. There is an eclectic variety of entertainment including family shows, comedy, theatre, cabaret, circus etc. all along the scenic location of the Thames River’s South Bank.

The festival is free to visit with no entry fee. Enjoy a feast with fantastic street food options, and some of the best drinks served at one of the biggest alfresco bars in the city. These include Pimm’s Hut and the Rekorderlig Botanicals bar. 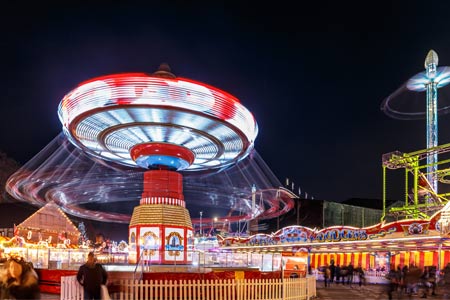