We're glad you've found us, because we've a little treat for you...

Join The Montcalm Club and enjoy an exclusive 10% saving on the Best Available Rate when booking direct.

Every year in the month of November, London celebrates the historic event when Guy Fawkes and his motley ensemble of characters attempted to blow up the Houses of Parliament. The event became famous as Guy Fawkes Day and commonly referred to as Bonfire Night. Effigies called ‘Guys’ are burnt and there is a brilliant fireworks display across the city. A wonderful time to feast on great food and drink at the many events across London.

For those staying at a Montcalm hotel in central London, two of the best fireworks displays in the area are:

Battersea Park fireworks: There will be thousands of merrymakers at the park illuminated at night with a massive bonfire – followed by a spectacular fireworks display timed to music. Held along the banks of the Thames River, visitors can relish fine food and drinks at the many stalls.

Southwark’s fireworks: With more than 30,000 people in attendance, this is among the biggest fireworks displays in London. A family-event situated along the scenic banks of the Thames, there is great food and wine to tuck into – and plenty of entertainment as well. 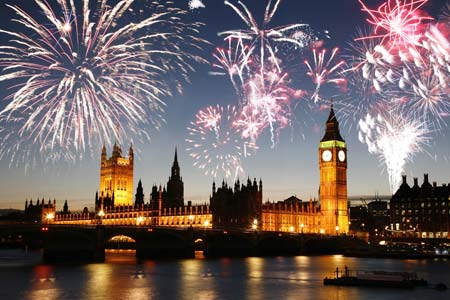